This Slow Cooker Jambalaya is a simple recipe that is hearty and full of flavor!

This easy dinner is one of our family favorites. It’s made with chicken, sausage, and shrimp that simmer all day with vegetables and Cajun seasoning. I love easy slow cooker dinners like this one – you can prep this Slow Cooker Jambalaya in less than 30 minutes and then just leave it all day to simmer. 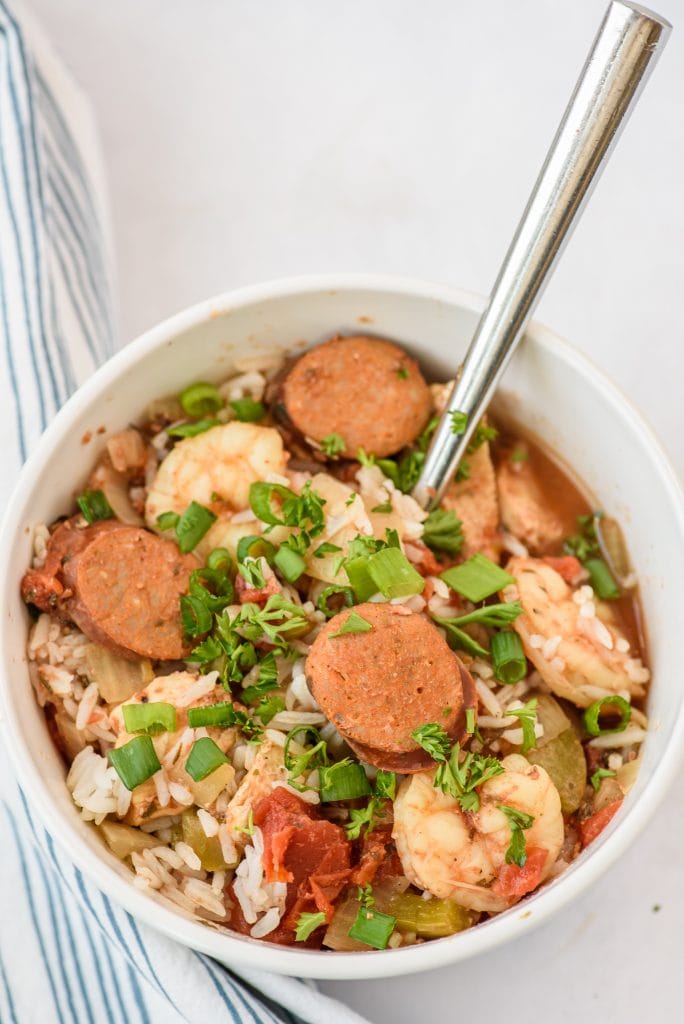 I think I’ve mentioned before that my husband spent eight years of his childhood in Louisiana and so he loves Cajun food, especially jambalaya. Early in our marriage, I was afraid to make it because I thought it was one of those all-day cooking projects. My husband asked me to make it for the first time not long after we got married and you should have seen his face when I came home with a box of Rice-a-Roni. Priceless.

At the time I didn’t know that it’s actually pretty easy to make. Well, I should say Slow Cooker Jambalaya is easy and now, years later, it’s my favorite way to make it. Instead of hovering over the stove all day babysitting it, you can use your slow cooker to make it. Like my other slow cooker recipes, it’s a breeze to prep in the morning and then you can leave it all day to simmer. Don’t you just love coming home to dinner all ready to go? Best feeling ever.

This easy jambalaya recipe is basically a combination of shrimp, chicken, tomatoes and other vegetables flavored with Cajun seasonings. There’s also rice so you get a whole dinner with one recipe. I love that! The flavors are amazing – warm with a little spiciness and so cozy. It’s also pretty kid-friendly. All but one of my kids loves it (we’ve got a picky eater!) and it’s one of my favorite dinners to make when everyone is craving something hearty and I want to make something easy.

I just love this slow cooker version – I wish I’d had tried it years ago! So does my husband, but he’s a happy camper now that he can revisit those favorite flavors from his childhood more often. We still laugh about the Rice-A-Roni, though, and we’re both very happy to have figured out how to make jambalaya from scratch.

What is Cajun Seasoning?

It’s actually a mix of several different spices that includes things like paprika, oregano, garlic, onion, and other spices. I buy Cajun seasoning at the store and it makes this jambalaya recipe so easy. You don’t have to root around in your spice cabinet for a bunch of spices – just use a mix! You can also use it to make Cajun Chicken Pasta and Sheet Pan Shrimp, too. 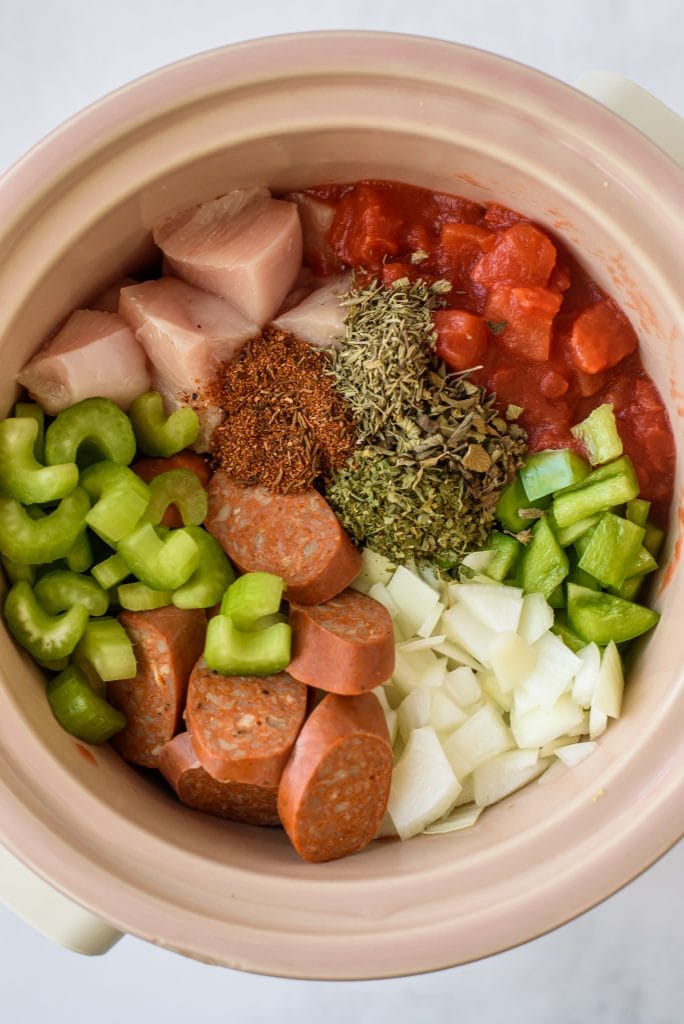 Prep the Jambalaya in the Morning

So, in the morning, you will combine all of these ingredients in the slow cooker:

Once you get it all in the cooker, just cover and simmer it on low for 7 to 8 hours. Or, you can cook it on high for 3 to 4 hours. Your choice!

After it’s simmered, and your house smells amazing, there are just two quick steps to finish your jambalaya.

For the shrimp, be sure to use cooked shrimp with the tails removed. As far as rice, you can use white or brown rice. You definitely want to cook it separately because it won’t cook properly in the slow cooker. No one likes mushy or underdone rice. 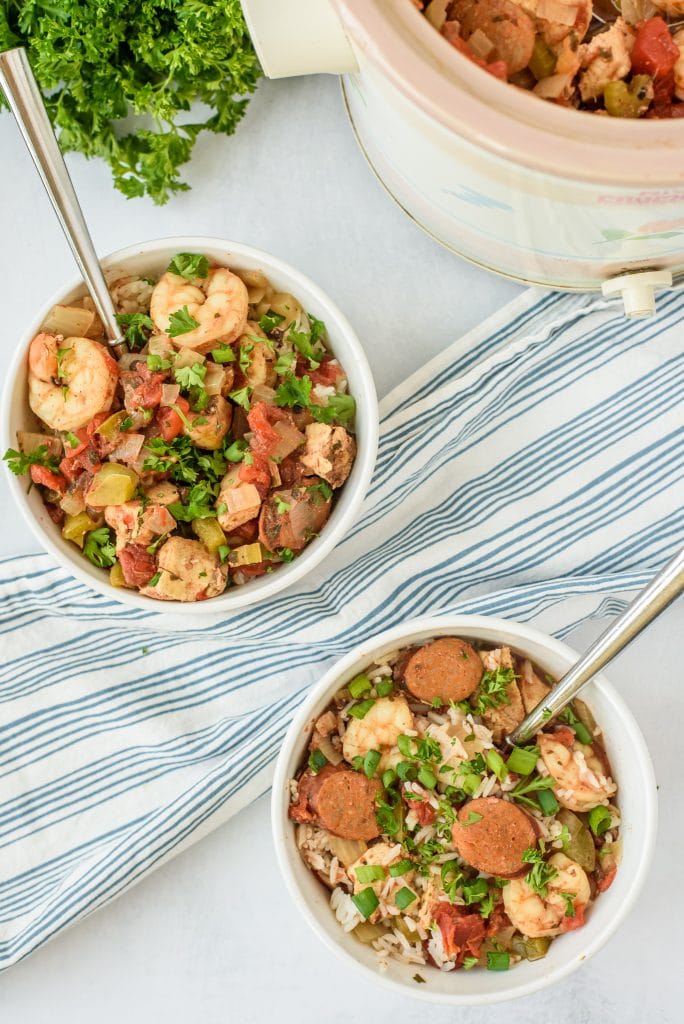 This jambalaya is so hearty I don’t often pair it with anything else, but you can add some bread or even a salad on the side if you want to make it stretch. It’s pretty filling! I hope you love this Slow Cooker Jambalaya as much as we do. The flavors are wonderful and it couldn’t be easier to make.

Don’t forget to pin this to your favorite Pinterest board to save for later! 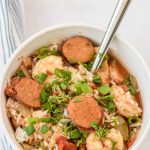