Best Ever Lemonade – a.k.a. “Bob’s” Freshly Squeezed Lemonade is made with just a few simple ingredients. This recipe is so easy. Pucker up friends, my son Madden has made the best lemonade that can’t be beat.

I personally love making fun, delicious drinks – I tend to go into more combination drinks like Cherry & Berry Spritzer or Tropical Italian Cream Sodas. My kids are simple they love my Copycat Hawaiian Fruit Punch. My husband loves fresh limeade or lemonade, as well does our son Madden.

Madden and his buds decided to set out to make the best ever lemonade and they did just that. It is not routinely requested, especially on these hot summer nights and for Christmas my husband asked for a professional juice press, he got it. He only wanted it to Madden could make lemonade daily if needed, lol. 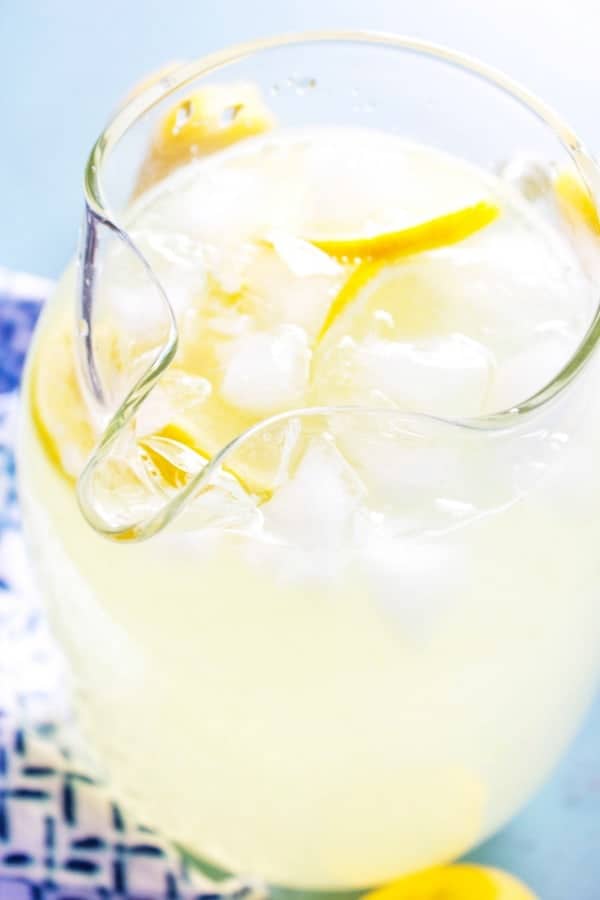 This kid has had my heart since the day he was born.

His dimples. His sarcastic, yet funny sense of humor. His hugs. His love for stuffed animals. And well, he’s a mama’s boy and my protector to the end, and I adore it. {Obviously} 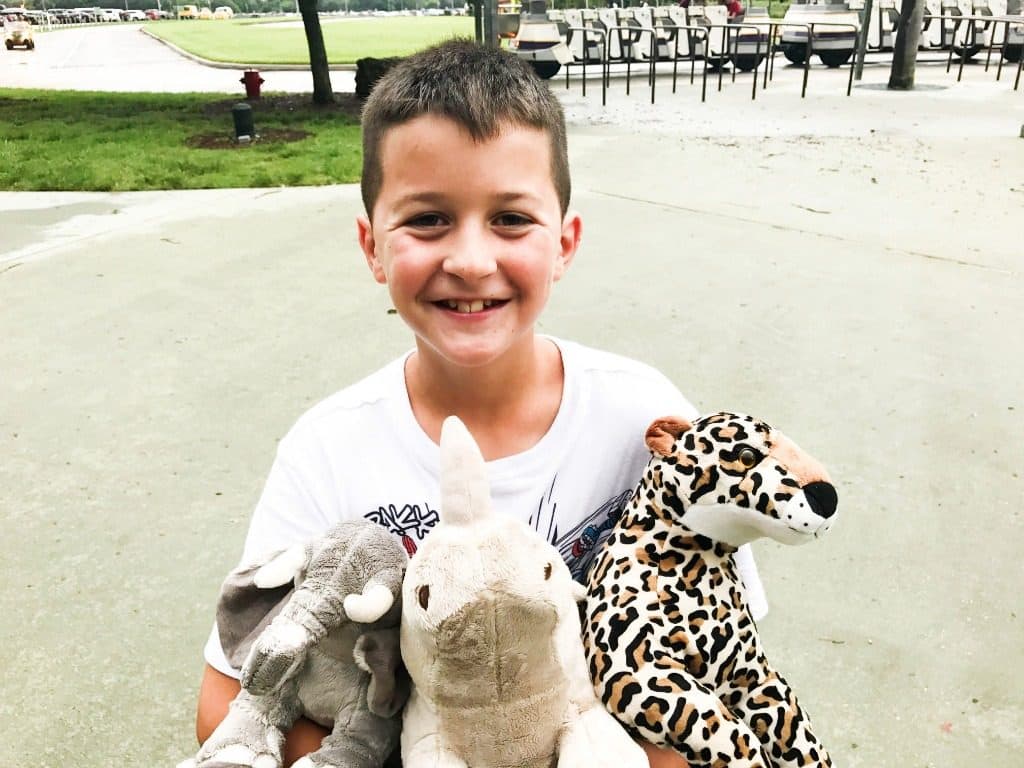 When we moved into our new home, my husband and I prayed that Madden would have a friend on the street. In our last neighborhood, there weren’t any boys his age. When we finally moved we were blessed beyond measure. That was because Madden not only found one best friend but TWO! And these boys have been inseparable this summer. His new bestie, Daniel, lives two doors down. This past week was hard because Daniel was in summer camp. And that left Benni, Madden’s other bestie (4 houses the other direction), and Madden alone without Daniel. It was adorable though because exactly at 4 PM Madden and Benni would go and sit on Daniel’s front porch waiting for his arrival. 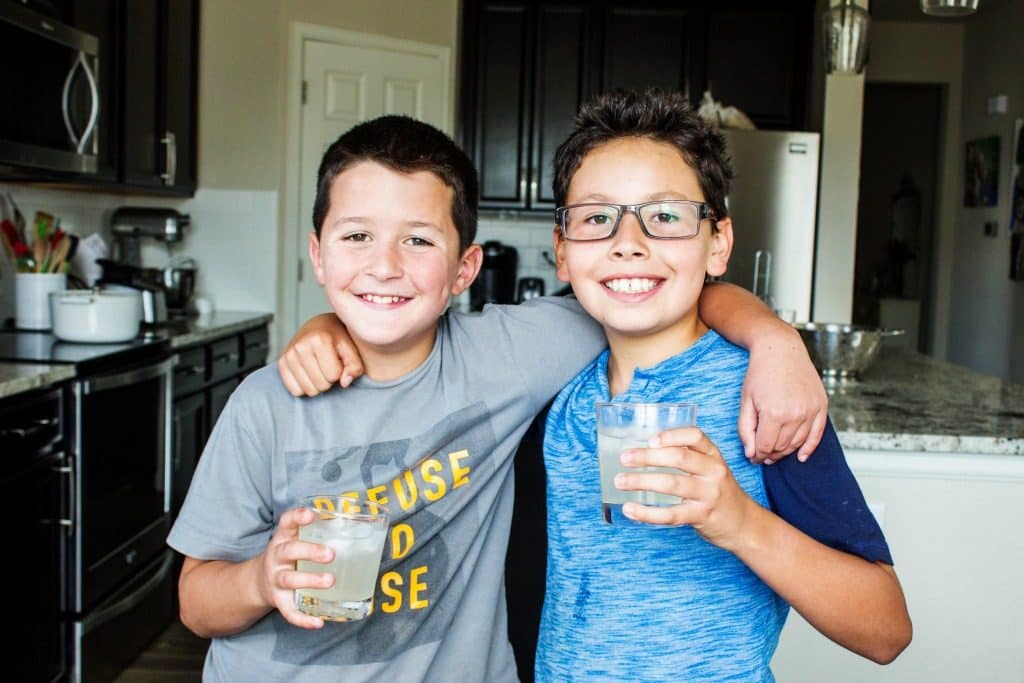 A month or so ago, these three – Madden, Daniel, and Benni – made a portable lemonade stand. Benni hooked up his mini-electric motorcycle and tied a rope to a red wagon while Madden and Daniel sat in it. With the wagon in tow and Benni on the motorcycle, the boys drove around the neighborhood yelling, “Bob’s Lemonade”. They even took a cardboard box turned airplane/advertising creation and wrote on the front “BOB’S LEMONADE”.  {Video of this cuteness below} They didn’t sell too many drinks at first because they were whizzing by too fast, and well, almost everyone works during the day. But as soon as they started offering Lemon Poppyseed Sugar Cookies, their sales went up.

You may be asking yourself, where did the name Bob come from? We have no idea. But since Madden was little, everything he has named (besides his turtle) has been Bob. He even told my husband last week that he wanted to change his name to Bob. That ain’t happening because he has the best name ever: Madden Jett. {And no, Madden does not come from Steve Madden, the shoe designer, but rather John Madden, football giant}

Now my husband also loves lemonade, but only those really expensive fresh-squeezed ones from ballparks. When Madden made this recipe, Jake drank the entire cup saying this was the second-best lemonade he had ever had. Madden’s large-dimple smile appeared, and every day since – no joke – Madden has made lemonade, always changing the recipe a little bit, secretly hoping he will be in first place and be the Best Ever Lemonade that Dad has ever had. I think Jake hasn’t told him it’s the best yet because he likes that Madden is always making it for him. And according to everyone else, it is the Best Ever Lemonade. 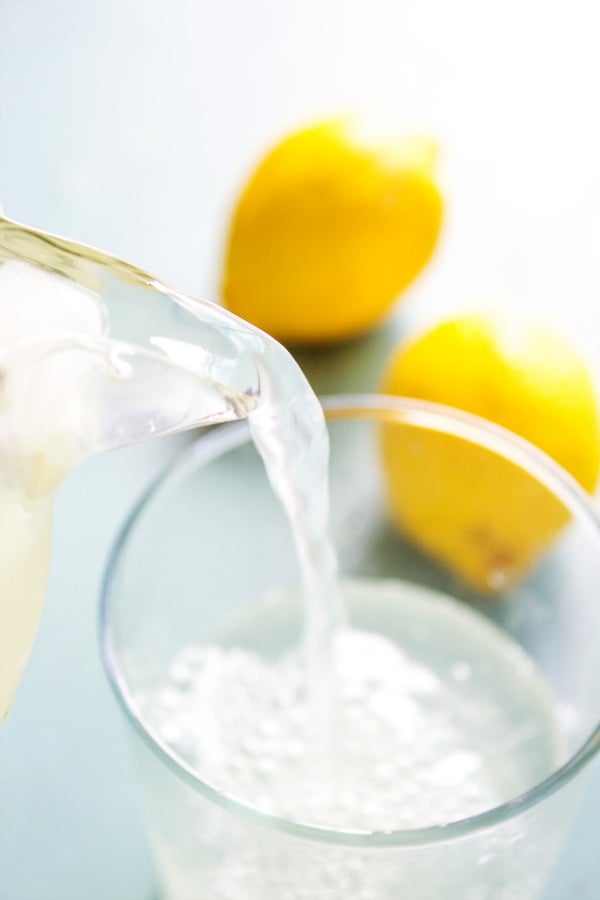 This is the kind of recipe that will stay in our family forever, and I will always cherish the memories that brought this recipe to life – Madden, his two best friends and Bob’s portable BEST EVER LEMONADE stand. XOXO San

Looking for some other summer drink ideas? Check out some of my favorites: Copycat Hawaiian Punch, Strawberry Limeade and Berry Rhubarb Punch.

Don’t forget to pin this recipe for BEST EVER LEMONADE to your favorite Pinterest board for later! 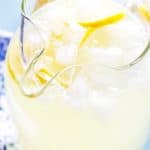 Best Ever Lemonade – a.k.a. "Bob's" Freshly Squeezed Lemonade is made with just a few simple ingredients. This recipe is so easy. Pucker up friends, my son Madden has made the best lemonade that can't be beat.
Prep Time5 mins
Total Time5 mins
Calories: 634kcal
Author: Sandra