I love this Crock Pot Ham recipe with just a few simple ingredients, 10 minutes to prepare, you are only a couple of hours away from the most delicious holiday ham recipe ever. Coated with brown sugar and maple syrup, forget the seasoning packages that come with the ham, toss it and coat it up with sugar and a little more sugar and you have holiday ham perfection. 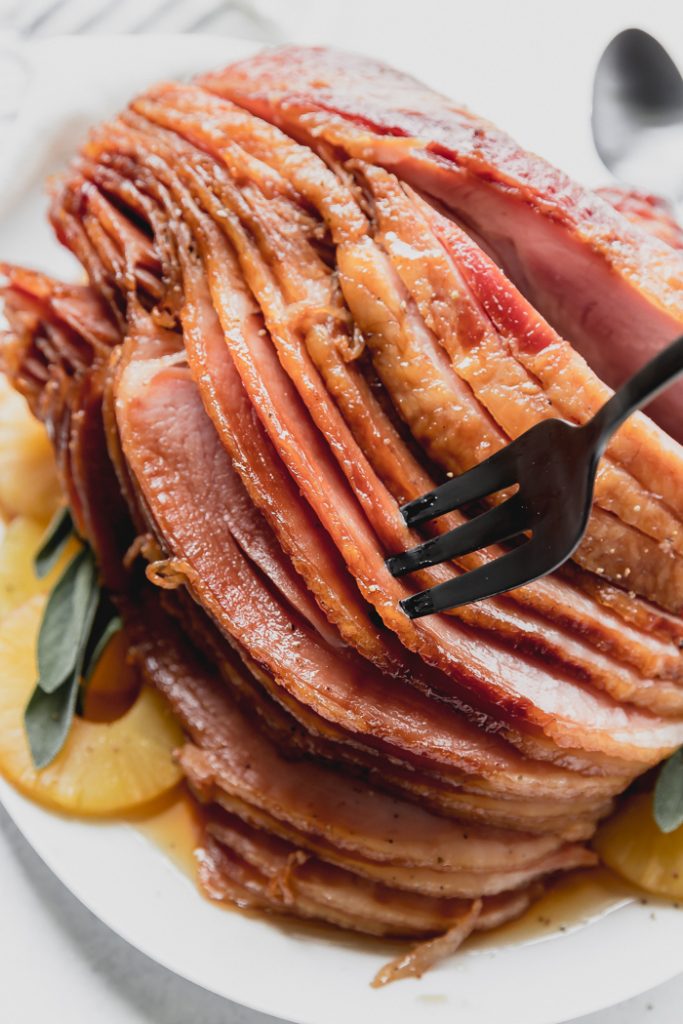 This post is sponsored by the National Pork Board, all opinions expressed are my own.

So I am just going to lay it all out there, has anyone ever overcooked a ham? Slowing raising my hand. Sad right? Like I was completely devastated 3 Thanksgivings ago when I put the ham in the oven covered it in the sauce package that came with it, that was the first mistake. The second mistake not checking the temperature and just letting it cook according to package directions which can vary per oven, eye roll.

It wasn’t until I attended the Pass the Pork Tour the last couple of years that I realized friends, your pork can be cooked to order and oh, yay, buy a meat thermometer. 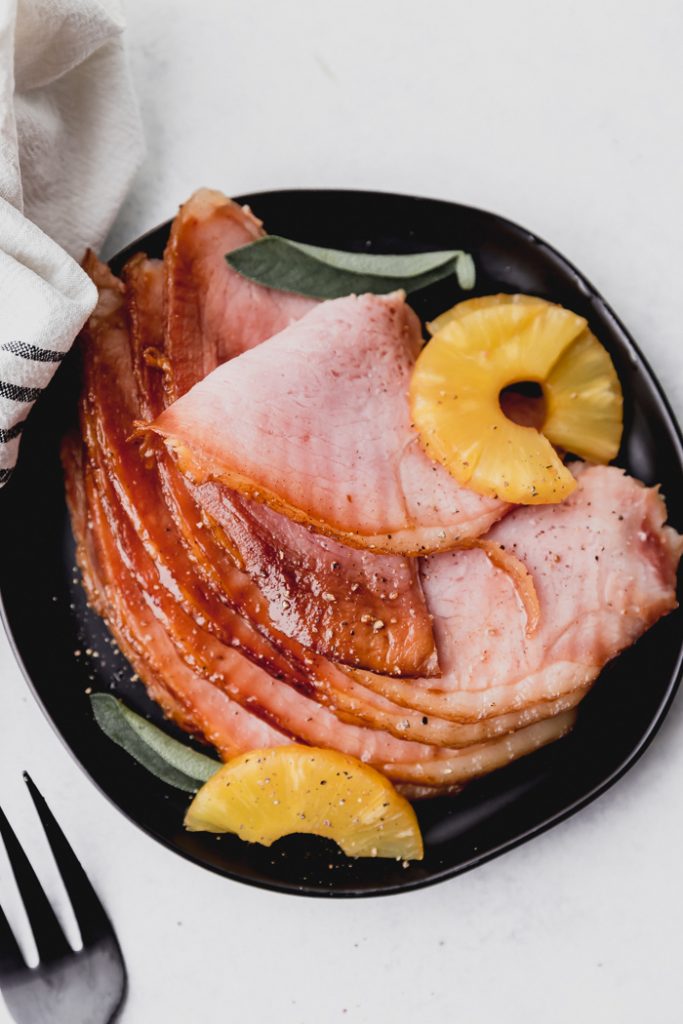 You see, as simple as this recipe is, you can my friends overcook ham, you can overcook pork and when you eat ham over the holiday no one wants a dried out, crinkled up piece of meat. Am I right?

So let’s start with the basics of cooking ham and pork overall.

Okay, I am a visual person so let me share this with you, the National Pork Board makes it easy showcasing how your pork should be cooked and look like depending on how you order or like your pork cooked. And friends overall, just like beef the cooking temperature varies on the cut of the pig, so let’s talk about that too.

What does tender mean when cooking meat?

When cooking meat and it says to cook until tender, it means that it is done with you use a knife or fork to pull or cut into the meat and it easily pulls apart, meaning very little resistance. It should cut like butter meaning smooth and easy. You should be able to easily tear a piece away from the rest of the meat. 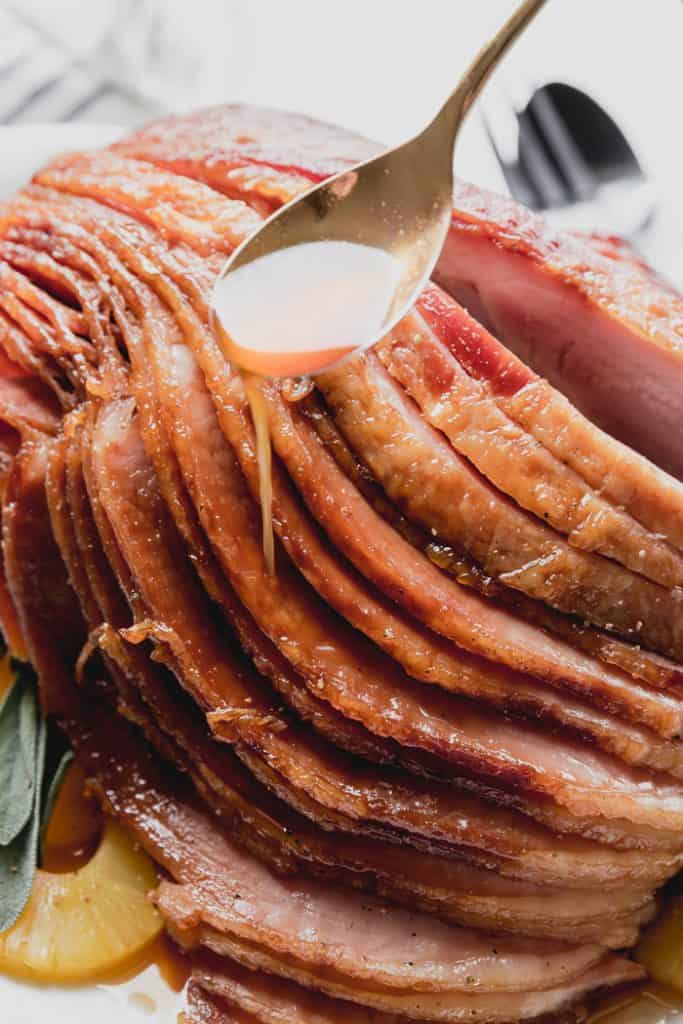 So hop on Amazon and buy a meat thermometer, then let me walk you through on how to use one because you don’t just stick it into any part of the meat, there are specific ways.

How to use a meat thermometer.

Insert the thermometer into the thickest part of the meat making sure not to touch any bone. The temperature should register on the thermometer within a few seconds, this is why I like to use electric ones because you don’t have to wait too long.

Your ham should come with directions on what temperature to cook it to, I like to cook my pre-cooked spiral ham to 145° and then allow it to rest 3-5 minutes before slicing. 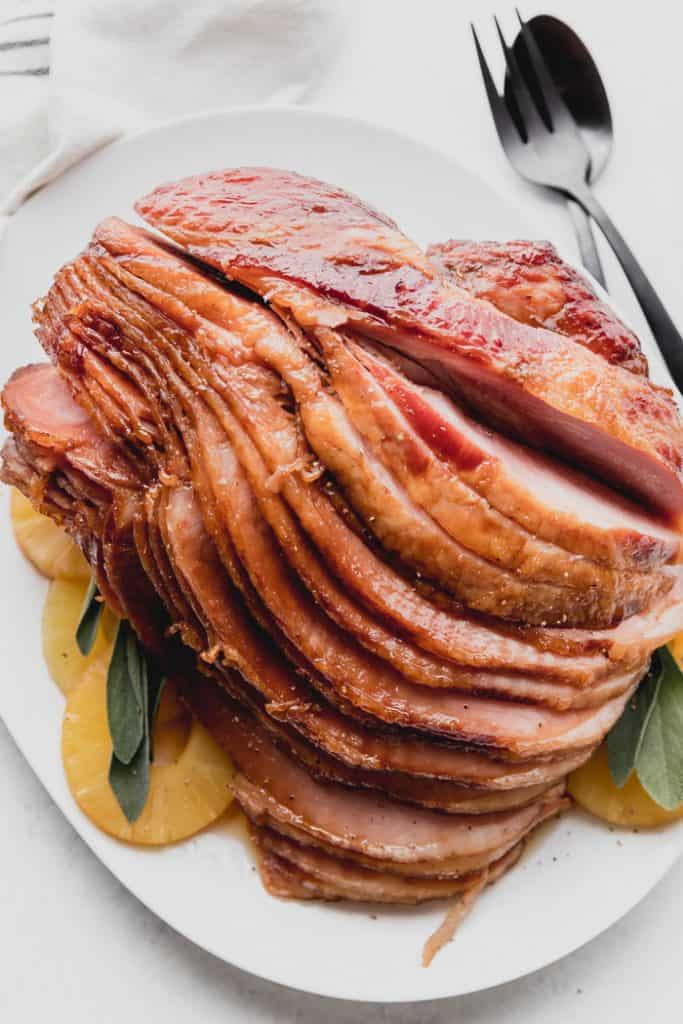 Every holiday table should be graced with this Crock Pot Ham recipe. It will become apart of our Christmas Day spread and I will never again overcook our Thanksgiving Ham, well here is hoping at least.

As you know if you have been following A Dash of Sanity for a while now, I love the National Pork Board and the awareness that they bring to the agricultural industry as well as raising livestock. There were so many misconceptions before and now I am proud to be a part of raising awareness on the issues that they face.

I have learned to appreciate the food that is on my table, especially those delicious cuts of pork and now to me, pork isn’t just my mom’s pork chops, it is delicious, mouthwatering recipes that we make monthly in our home. Add this Crock Pot Ham to your holiday menu and you know what, make it all year round, because who doesn’t love a good ham recipe.

Until the next delicious pork recipe, here are a few others to keep your stomach tamed and until the next time, here is just the most cutest pig picture ever. 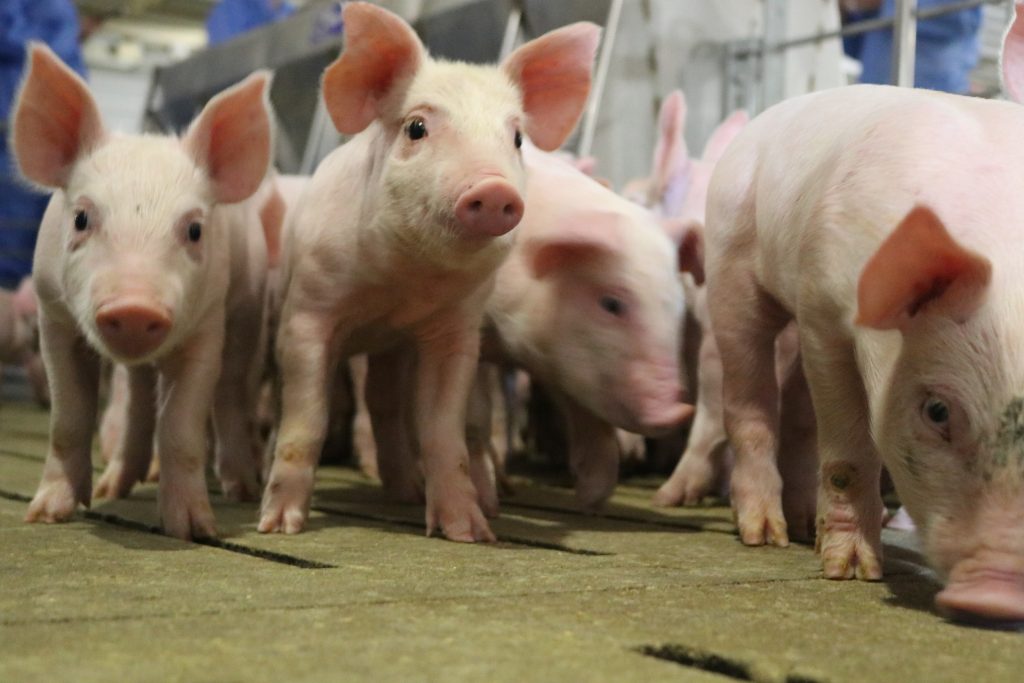 Check out my recent video from our Pass The Pork Tour. You will see why I love what I do so much. Until then, learn how to make the most delicious holiday ham. XOXO San

How to make ham in a crockpot.

Okay, sounds silly but friends to cook this ham, remove it from its packaging. I know you may understand that but trust me not everyone does. Discard flavoring package if it comes with one, you don’t need it.

Rub and press in the brown sugar all of the top and side of the ham.
Then pour the maple syrup and pineapple juice over the top of the ham. 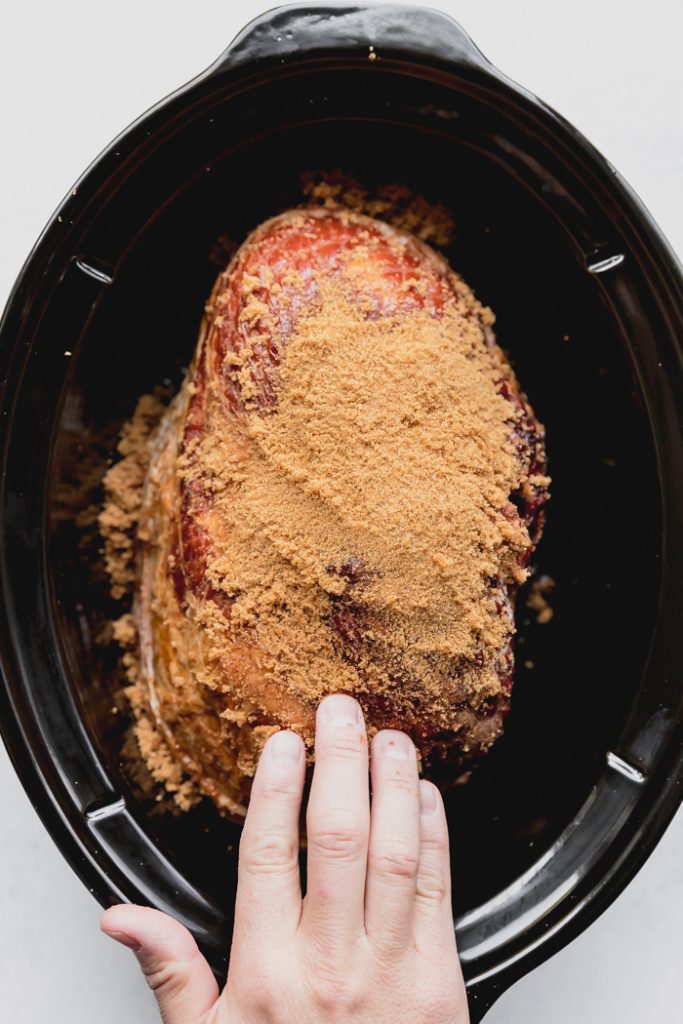 Turn on the crockpot to low, place lid on and cook for 2-3 hour. I suggest checking the temperature at 2 hours. Once it has reached 140° F hours on low heat spoon juices over the ham, add pineapple slices or chunks from the can and cook on low for an additional 30 minutes or until ham reaches 145° F.

Remove ham from slow cooker, let it rest for 3-5 minutes then slice and serve!

Don’t forget to pin this recipe for CROCK POT HAM to your favorite Pinterest board for later. 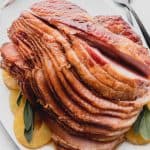